“I announce that Iraeta has set a new Guinness World Record ——the largest ring-rolled steel ring, with a diameter of 15.673 meters.” On the morning of August 5, 2022, the world's largest forged ring shipment ceremony was held at Iraeta Energy Equipment Co. At the meeting, Guinness World Records official certification officer Yang Shaopeng announced the success of the creation of the world's largest overall forged ring record and awarded a medal. 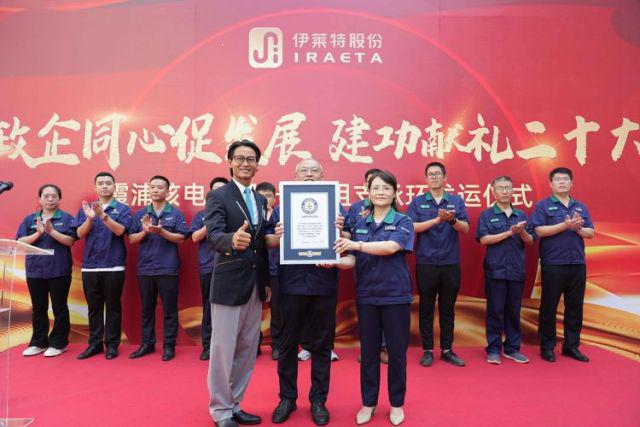 This“steel ring”is affectionately called “Qiankun ring” by the staff of Iraeta. The scientific name of the “Qiankun ring” is nuclear power support ring, which is a giant forging used in China's fourth-generation nuclear power units, mainly to play a supporting and protective role, and will bear the weight of 7,000 tons, plus the forging is formed in one piece, the whole body is smooth and flat, without a single weld, which improves the safety of nuclear power plants and also increases the manufacturing difficulty. Since it is a nuclear power component, once installed, it will not be replaced during the entire service life of the nuclear power unit, therefore, it represents the highest technical level of nuclear power forgings. 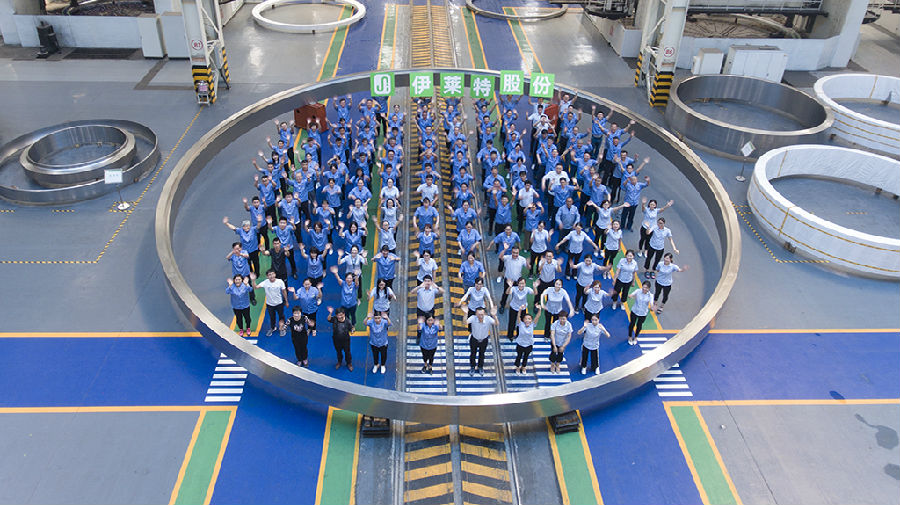 In order to achieve this effect, the scientific staff of Iraeta has gone through many years of hard work and scientific research. After more than three years of joint research and development with Li Yi Yi's team at the Institute of Metals, Chinese Academy of Sciences, they finally achieved the world's first integrated manufacturing of a 15.6-meter diameter nuclear power support ring using the "metal construction additive manufacturing + integral rolling near net forming" solution. This technology is like a brick wall, using smaller, faster-cooling metal billets as base elements, stacking them layer by layer, and placing them in a vacuum environment to seal them together. It is then heated to a high temperature for repeated large deformations, just like kneading a dough, so that the interface between the layers is completely bonded together into a large billet with more homogeneous internal alloying elements. With the previous successful experience, the two pieces of “Qiankun circle” built by Iraeta this year have been successfully rolled off the line without a single weld seam on the circumference of nearly 50 meters. 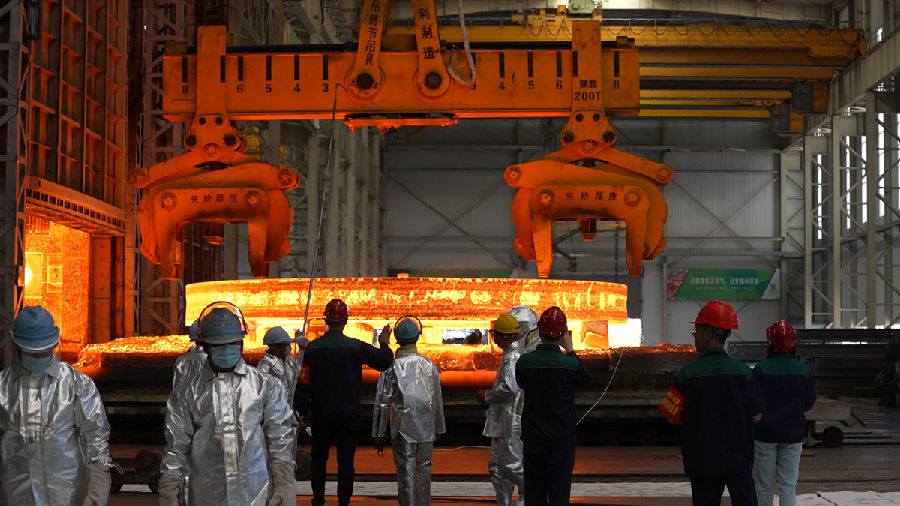 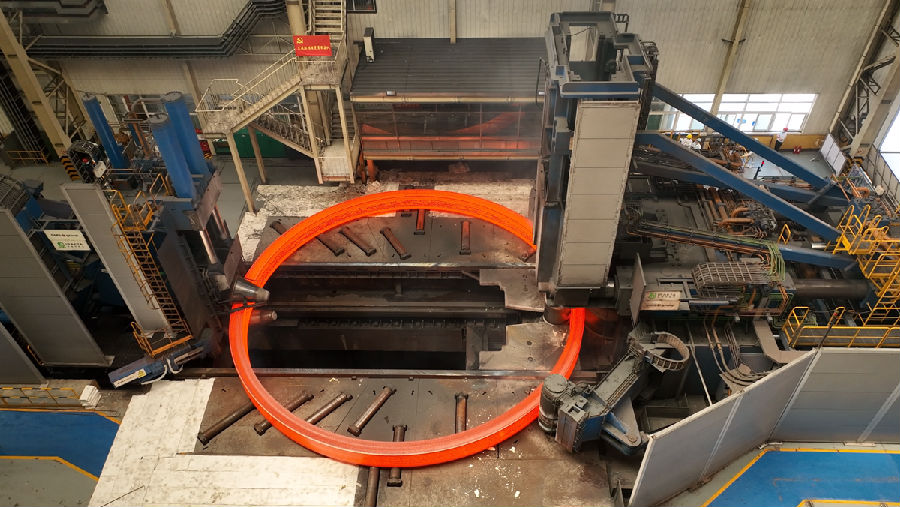 The “Qiankun circle” belongs to the “non-disintegrable” special large items, the transport of its special vehicles with a total of 106 wheels, including 10 tractor, the back of the flatbed 96. “Qiankun circle” before transport to use special work to strengthen, more than 3 meters high from the ground, just above the guardrail of the majority of traffic signs, and below all kinds of suspended road signs, cameras, etc., the transport process does not require a lot of disassembly of traffic facilities. Before transportation, the transport company from Jinan Zhangqiu to Weifang port of the entire distance for field surveys, especially for some bridges and bridges, narrow roads, curves, traffic facilities, detailed calculations and strict proof. In order to ensure the transportation of this big guy, Shandong Province traffic police, traffic, high-speed and other departments held many coordination meetings, careful planning and organization, to ensure the construction progress of major national projects. 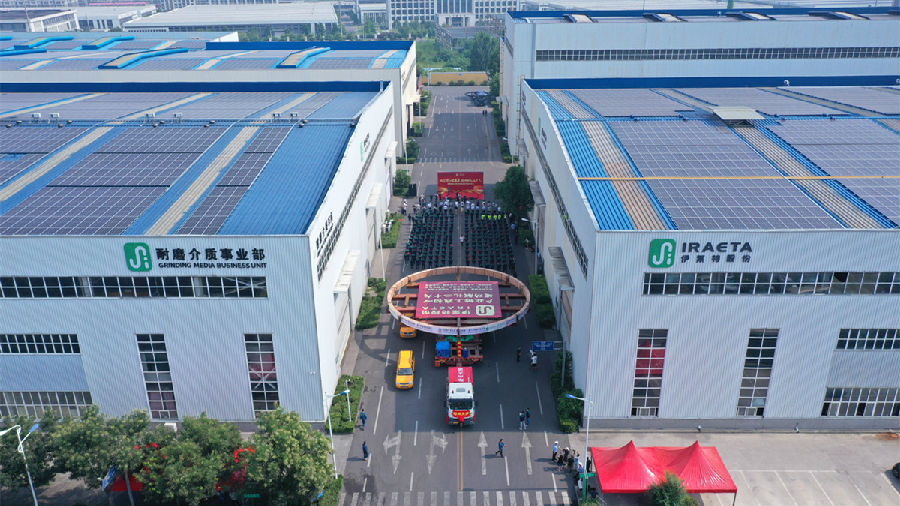 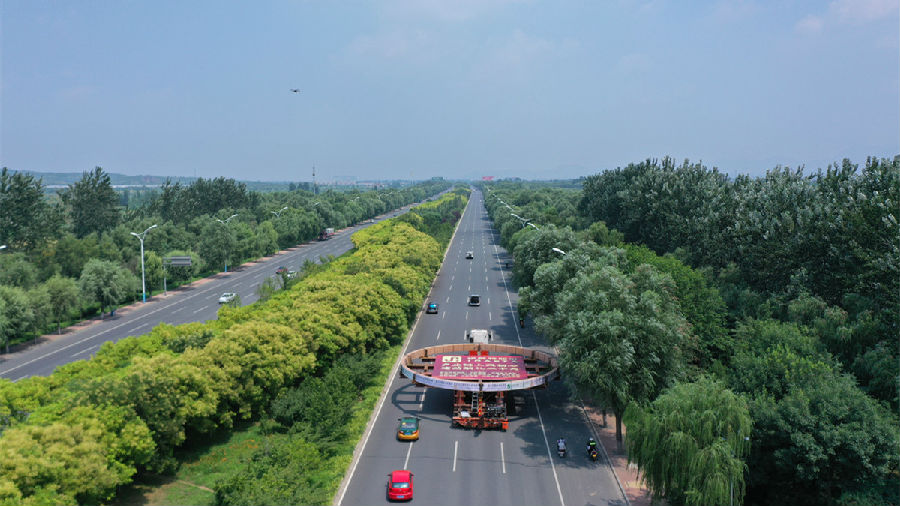