"Charging" Beijing Winter Olympics, IRAETA is honored to be involved!

The Beijing Winter Olympics is in full swing and has entered the climax of the event. In addition to the event, the concept of green Olympics attracts global attention. During the entire Winter Olympics, 26 venues will historically achieve 100% green power supply. And all the power for all venues comes from Zhangbei Renewable Energy Base.

How to ensure the stable power supply for the Winter Olympics? This will require the "charging treasure" of this Olympic Games - Fengning Pumped Storage Power Station.

What is a pumped storage power station? Simply put, it is an oversized "charging treasure". Engineers built a reservoir at the top and one at the bottom. During the day, when the sun and wind are sufficient, and the power generation cannot be used up, the pumped-storage power station will start pumping water to convert the electrical energy into potential energy and store it. In the evening, the Winter Olympic Games will continue with no sun or no wind. The gate will be opened to release the water, and the potential energy will be converted into electricity.

Not only that, but this pump-to-power state transition is very fast. Once the grid suffers a large-scale failure, it can instantly generate electricity without any external power within 5 minutes, awakening the grid. It is with these advantages that Fengning Pumped Storage Power Station undertakes important tasks such as peak shaving and valley filling and emergency response during the entire Winter Olympics.

To achieve these, there must be a “strong heart” - a hydro turbine unit. When the pumped-storage power station is running, driven by the huge water flow, the high-speed rotating turbine unit is like a merry-go-round running at the speed of a high-speed rail, generating strong centrifugal force, and these centrifugal forces are mainly supported by the magnetic yoke body. If the body is deformed or broken, serious accidents will occur.

Turbine magnetic yokes are usually made of steel plates, but in order to improve performance, in several units installed in the later stage of Fengning Hydropower Station, engineers thought of using radial and axial rolling integral forged yokes instead of ordinary steel plate yokes, in order to obtain safer and more stable performance. 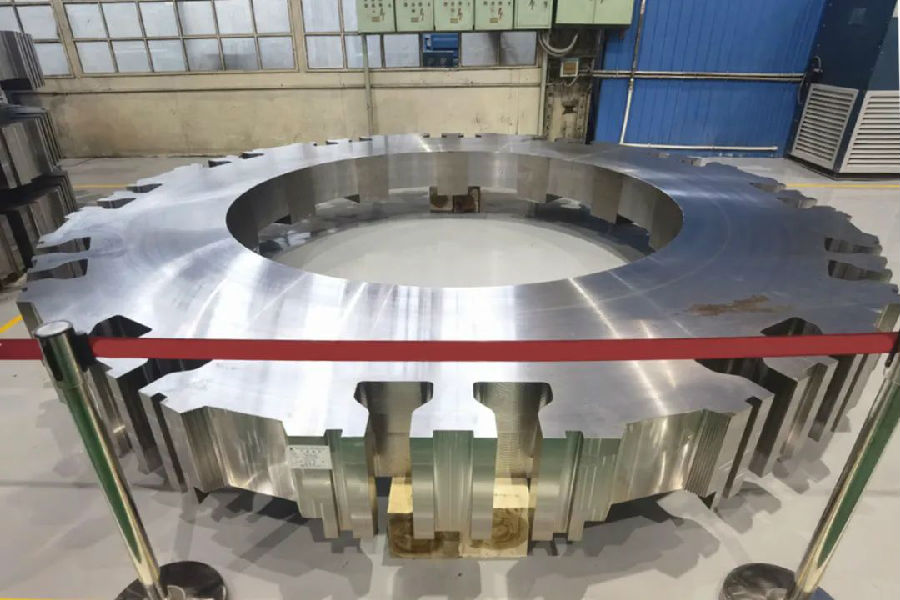 Beginning in 2020, IRAETA has provided a total of 26 radial and axially rolled integral forged magnetic yokes for the project, which were used in multiple units.

Today, the Beijing Winter Olympics were successfully held, and the concept of green Winter Olympics is even more deeply rooted in the hearts of the people. At the opening ceremony of this Winter Olympics, Zhang Yimou went against tradition and boldly adopted the small torch as the main torch, which declared to the world China's determination to pursue low-carbon development in the future. As a supplier of key components for clean energy, Iraeta will also firmly support the high-quality development of China's clean energy equipment industry through more innovative technologies.