Iraeta was highly praised by the owner and the general contractor

One of the many offshore wind farms in China that has attracted much attention is the Guodian Investment Jieyang Shenquan II Offshore Wind Power Project. In this project, Iraeta provided 35 sets of tower flanges and 50 pile top flanges, and was highly recognized and praised by the owner and the general contractor.

The Guodian Investment Jieyang Shenquan II Offshore Wind Power Project is located in the southern sea of Shenquan Town, Jieyang City, and is one of the first offshore wind power projects in China with a parity price, as well as the first wind power project with a single unit capacity of 10MW or more to commence construction in China. The total installed capacity of the project is 502MW, with 16 wind turbines of 8MW and 34 wind turbines of 11MW. It is expected that the project will provide 1.75 billion kWh of electricity to the power grid, save coal consumption of about 530,000 tons and reduce carbon dioxide emissions of about 1.4 million tons per year after completion. 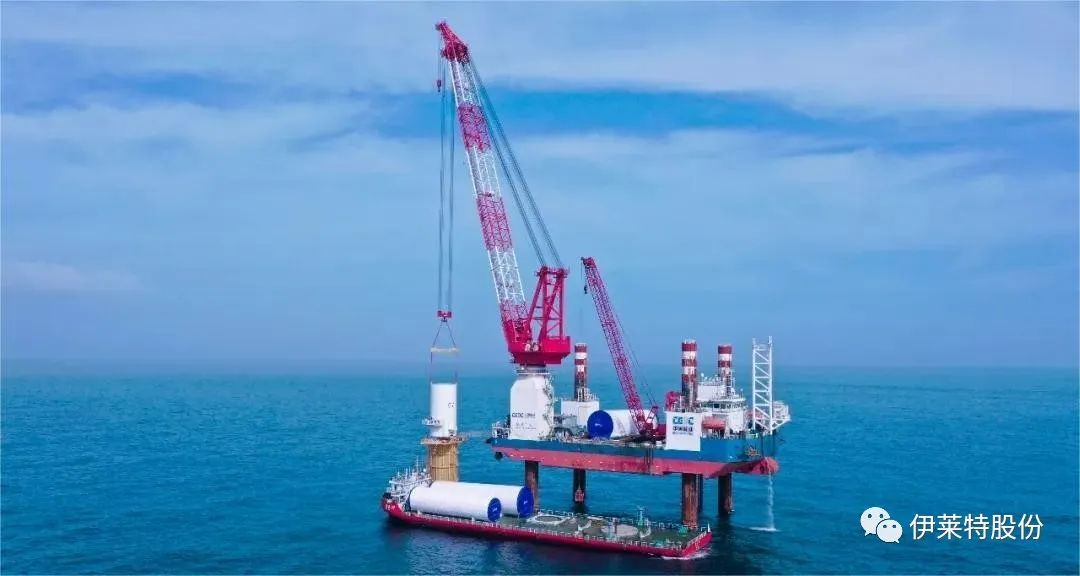 In March 2022, Iraeta undertook the task of manufacturing 19 11MW and 16 8MW tower flanges as well as 50 pile top flanges for the State Power Investment Jieyang Shenquan II capacity increase project, which required the supply of flanges for two tower plants and six monopile production bases within the same period. Faced with such a heavy task,Iraeta took on the heavy responsibility and actively coordinated resources from all sides. With excellent technology and outstanding manufacturing strength, the task was finally completed successfully, ensuring the smooth progress of the project. 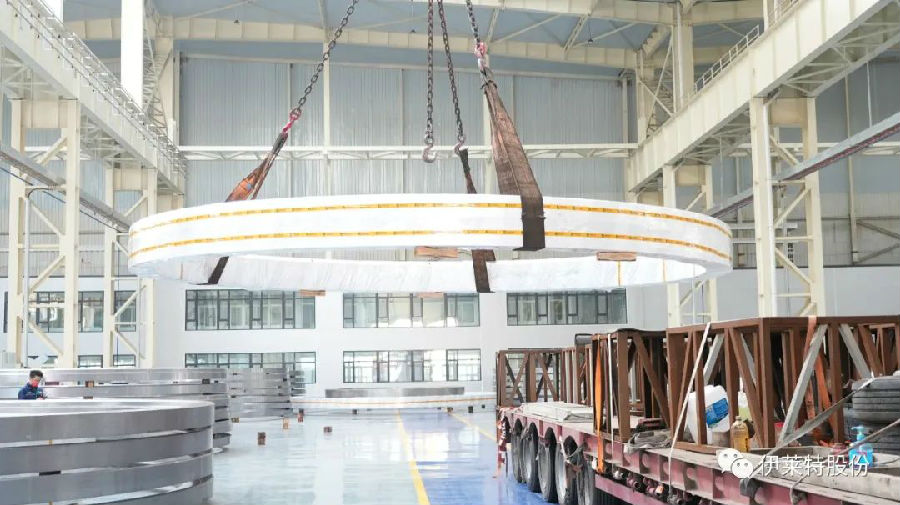 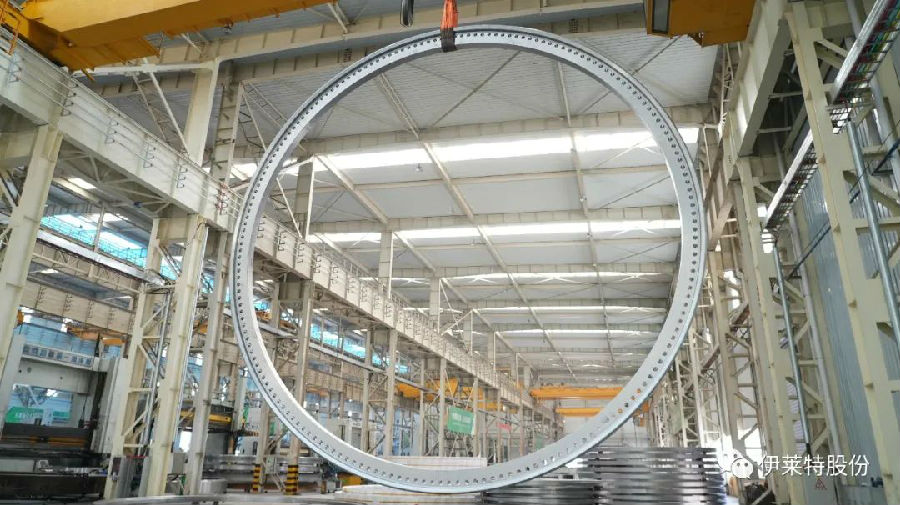 To thank Iraeta for its excellent performance in the manufacture and delivery of products in Guodian's Jieyang Shenquan II project, Guodian, as the project owner, sent a letter of appreciation to Iraeta. The letter stated that since Iraeta had undertaken the tower flange manufacturing task, it had arranged production in a timely manner, predicted risks in advance, and used various channels to proactively coordinate with the receiving party to ensure smooth delivery of the products, regardless of the company's gains and losses, and looked forward to continued cooperation in future projects to create brilliance. 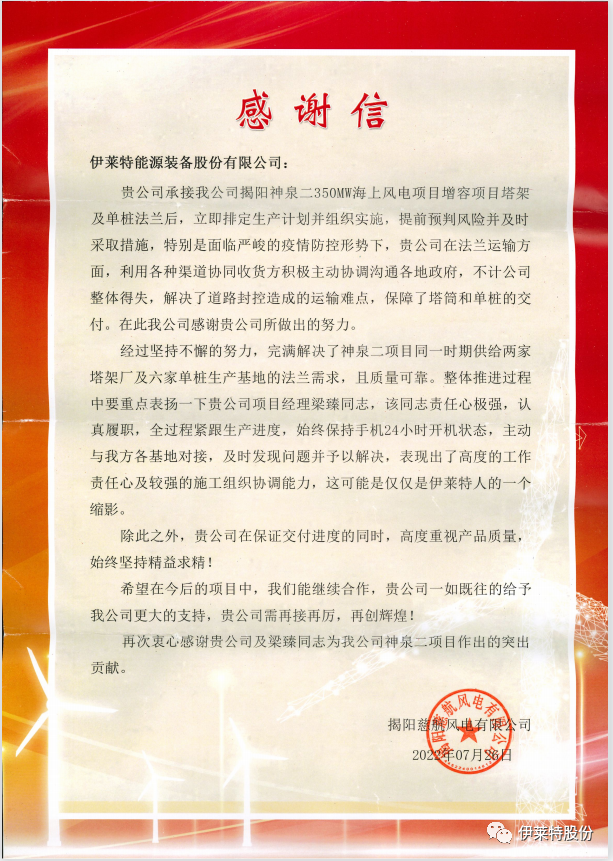 When accepting the banner, Shang Yuxing, vice president of Iraeta and general manager of the sales company, said that it was Iraeta's honor to participate in the first national offshore wind power grid parity project, and hoped that both sides would continue to strengthen communication on the basis of the existing cooperation to achieve a strong alliance, mutual benefit and win-win situation, and jointly promote the prosperous development of wind power generation. 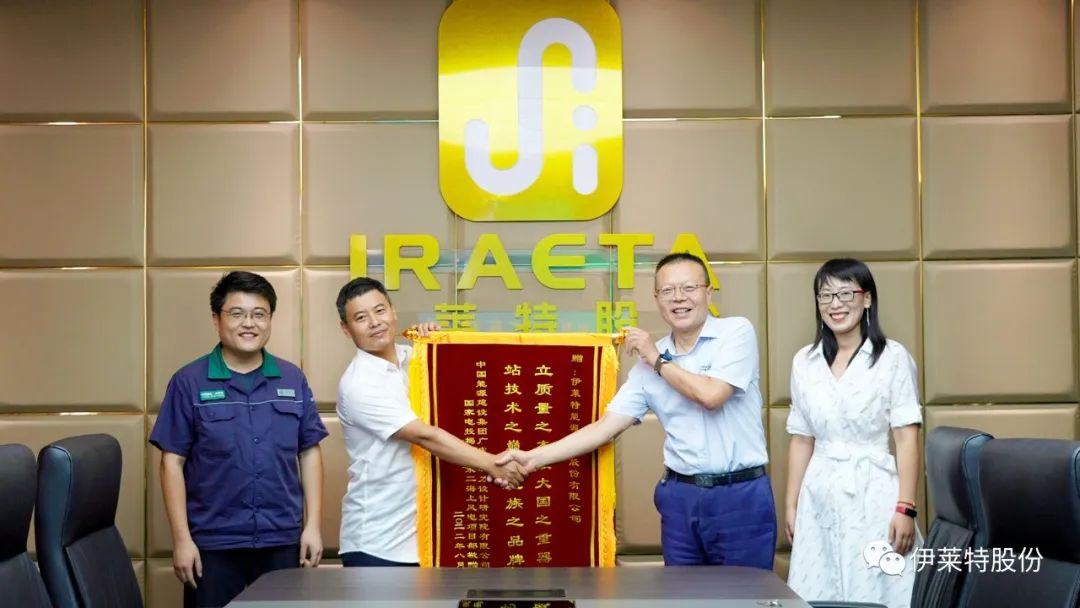 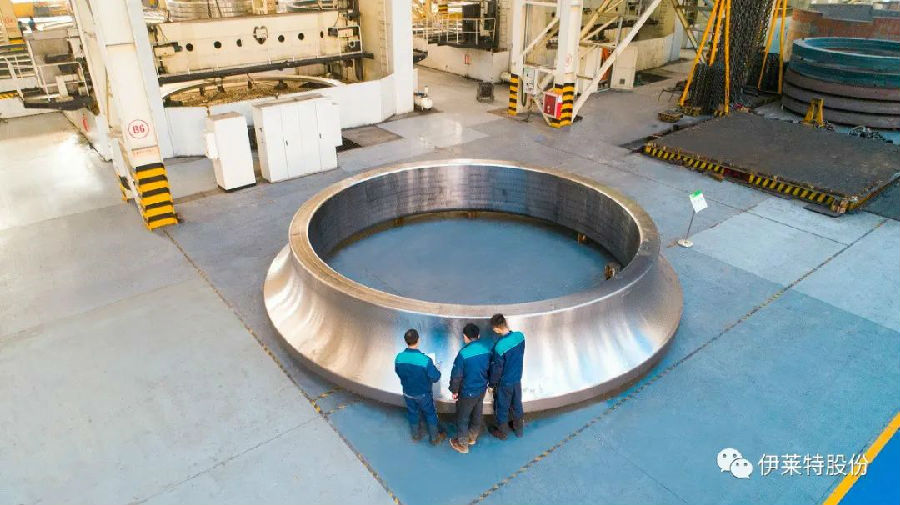 As a manufacturer of key components in the field of offshore wind power and marine engineering, Iraeta is constantly pushing forward with new products such as large megawatt wind turbine flanges, gearbox forgings, yaw and slewing ring forgings, heavy duty replacement rings, and slewing ring forgings for installation vessels. In the future, we will work together with our colleagues in the wind power industry to deliver a satisfactory answer to China's "30-60" dual carbon target and the global clean energy transition!