There is an Orsk refinery in Orenburg Oblast in southern Russia. It's designed annual production capacity of 6.6 million tons. The products are not only supplied to Russia, but also sold to Central Asia and Europe. Russia's oil and gas exports are second in the world. Despite its numerous refineries, the Orsk refinery is still very famous in the country's oil industry. In 1985, on the 40th anniversary of the victory of the Soviet Patriotic War, the Orsk refinery was awarded the First Class Patriotic War Medal and became a "hero" refinery. 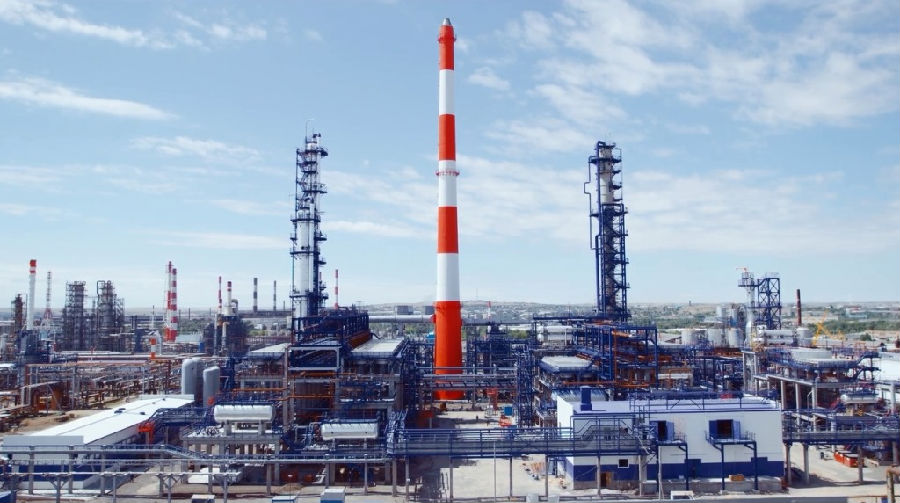 The Orsk Oil Refinery still retains many traditions, such as commemorating the martyrs of the Great Patriotic War. However, as time goes by, Orsk refinery, like many Russian oil and gas manufacturers, has become increasingly difficult to adapt to fierce market competition and rising environmental standards due to aging equipment and insufficient refining depth.

Beginning in 2012, the Orsk refinery started its own modernization. The main goal is to produce high-quality fuel that meets EU standards and minimize environmental pollution. The plan has a total investment of US$2 billion and is divided into two phases. The first phase of the project mainly consists of four large-scale hydrocracking plants, which will be completed in 2019. The second phase of the project mainly builds delayed coking and other equipment, which has been started in September 2020.

Due to the constant friction in Russia-US-Europe relations in recent years, many projects are subject to accidents due to policy changes at any time. Therefore, both the owner and the project supplier are very sensitive to the delivery time.

Five months after the Orsk Refinery announced the launch of the coking plant project, on February 11, 2021, the International Department of IRETA received an inquiry from Spanish company D. The company stated that they are participating in the bidding for the Orsk project. They have seen through the Internet that Elite has the ability to manufacture the transition section of the forged coke tower, and hope to get our offer.

What is Forged coke tower transition section? The fact is that it's an important part of the delayed coking device. It is similar to a "bottom support". The upper part is connected to the reaction tower and the lower part is connected to supporting parts. Frequent cold and hot alternates, high-frequency vibration, and high-frequency vibration are required in the coking device. Continue to work in a super-heavy load environment and maintain stability. Generally, the manufacturing of the transition section is divided into tailor-welded and full-forged. The former is formed by bending multiple steel plates or forged steel bars and then tailor-welded; the latter is formed in one piece using radial and axial rolling technology. Because there is no weld, The performance is more stable. （More details: Large Coke Tower Designer Must See! IRAETA Φ10m Forgings Goes Offline）

At the time of the Chinese New Year holiday, the International Department quickly coordinated the procurement, technical and other departments, and after discussions, issued the first quotation to the customer. On March 23, 2021, the company sent another email stating that it had received the order. At the same time, he told us frankly that there is also a European forging company that is competing with us. Due to strict requirements on the delivery time, the owner hoped that we could provide a detailed plan including the delivery time as soon as possible.

Therefore, the project team immediately convened a meeting. After repeated discussions, the IRAETA's technical experts believed that the product of this material can be completely used in the profiling rolling process, which can reduce the processing time by one-fifth.

The so-called profile rolling is to use a special mold to directly roll the blank into a shape close to the finished product when rolling the ring. In this way, the amount of subsequent machining can be reduced, the forging streamline can be maintained, the consumption of raw materials and energy can be reduced, and the higher cost performance and faster delivery speed can be achieved.

The International Department sent the final plan to the customer. Soon, the customer sent feedback again, repeatedly confirming with us whether the manufacturing time mentioned in the plan can be guaranteed. The International Department once again gave a positive answer to the customer’s question and reminded the customer that this is only the factory delivery time, not including the shipping time. This time, the customer did not hesitate anymore, and a formal contract was sent a few days later, and the transaction was concluded. "Although the transportation time from China to Spain is long and the epidemic situation has caused unstable shipping schedules, the comprehensive cost-effectiveness and overall production cycle, IRAETA's plan is still more advantageous than European forgers." Helen, commercial manager of the project introduced. 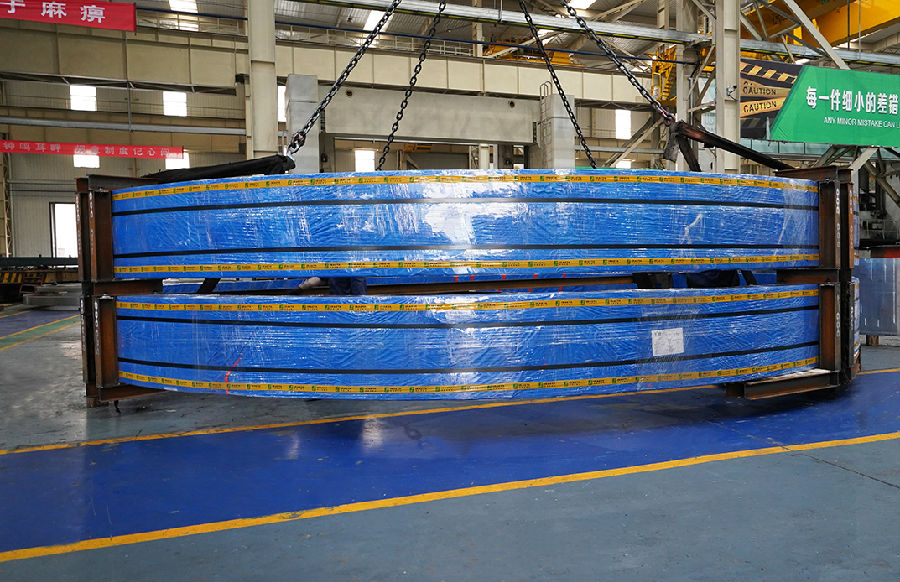 On June 14, 2021, two transition sections forgings with a diameter of nearly 9 meters have been manufactured for more than two months. They were sent from IRAETA, and will be sent to the Orsk refinery again after assembled in Spain. According to the estimates of the Orsk refinery, after the second phase of the transformation is completed in 2023, the refinery's refining depth will be upgraded from 88% in 2020 to 98.6%, and the yield of light oil products will increase from 72% to 84%. Fully reach the level of the world's advanced refineries. The Orsk refinery will also become one of Russia's most modern oil refineries.