In response to this, IRAETA President Niu Yugang said that construction technology as an advanced additive manufacturing technology is an original innovation of the team of academician Li Yiyi of the Institute of Metals of the Chinese Academy of Sciences. It has been applied in the field of nuclear power and has been obtained by ThyssenKrupp and other international customers. In order to popularize and apply this technology to more fields, IRAETA will continue to make greater efforts for the development of new technologies and industrial mass production in the spirit of respecting science. At present, IRAETA is planning a large-scale construction billet production base with an annual output of 100,000 tons. The project will be composed of 6 large-scale vacuum electron beam welding machines, which will be used to meet the homogenous manufacturing of high-end forging equipment in our country in the future.

Electron beam welding bombards the workpiece to be welded by accelerating and converging high-energy electron beams, transforming huge kinetic energy into heat energy, thereby forming a molten pool at the welding position of the workpiece to realize welding. This technology does not require a welding rod, so the weld is pure, smooth, free of oxidation defects, and has a small amount of thermal deformation. It is a high-tech welding process. 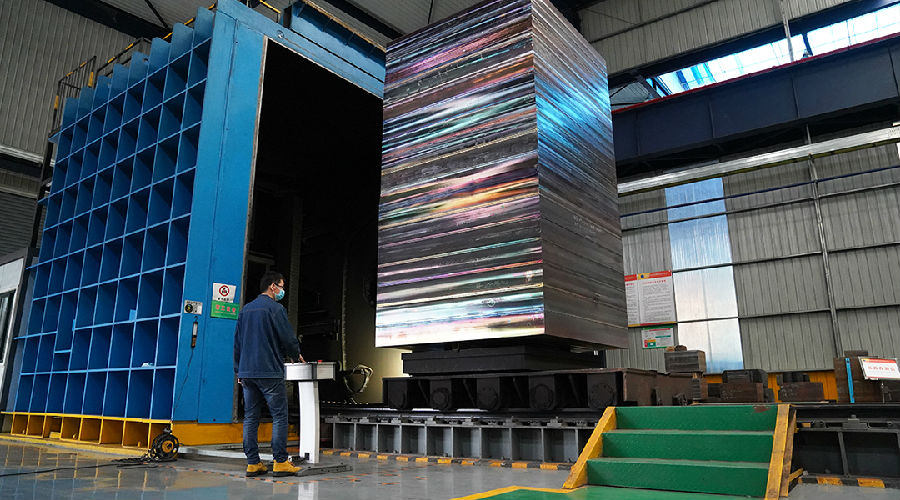 The metal construction is to carry out large deformation at high temperature after surface treatment of multiple homogeneous substrates, stacking and stacking of multiple homogeneous substrates, fully heal and eliminate the interface, and realize "no trace connection". This is the original innovation in the field of large component manufacturing that has not been reported in the world.

If you want to make a 200t forging, you have to pour a 250t steel ingot with molten steel, which is called "making big to small"; but the metal structure is different, its concept is "making a big one out of a small one". We use 20 pieces of 10 tons of small steel plates, undergo special surface treatment under special circumstances, superimpose them like Lego bricks, and then forge at high temperature and pressure, multi-directional forging, so that the interface between them "heals from the atomic level" "Grow" as a complete billet.

The metal construction forming technology was first proposed by the team of academician Li Yiyi from the Institute of Metals, Chinese Academy of Sciences. Academician Li is a “national treasure” expert in the field of metallurgy and metal materials in China. She is a leading academic leader in the field of low temperature and nuclear structural materials in China, and has hosted four national five-year scientific and technological research projects in succession and won the Metallurgical Science and Technology Lifetime Achievement Award of the Chinese Metal Society.

There are two things in the manufacturing industry that are particularly difficult. One is to make the product infinitely smaller, and the other is to make the product infinitely larger. This is not only a problem of processing difficulty, but also when the size of the workpiece is reduced or increased to a certain extent, many basic properties of materials and structures will fail due to the change of the size limit, commonly known as "size effect".

The ingot used for large forgings will also have a size effect during solidification. Due to the different cooling rates inside and outside, not only will there be loose shrinkage cavities inside the steel ingot, but there will also be an uneven distribution of the chemical element "concentration"- segregation. For metals, the proportion of chemical elements is precisely the "soul" of their different performance. Once severe segregation occurs, the mechanical properties of different parts of the forging will be very different, and the service life is difficult to guarantee. And these “big guys” with hundreds of tons are often installed on heavy equipment such as nuclear power, hydropower, offshore engineering, and refining. Once problems are discovered, they can’t be replaced easily. Therefore, how to achieve the homogenous manufacturing of oversized forgings has always been a world problem.

Defect analysis of a casting ingot: a. segregation analysis of steel ingot, b. an enlarged view of center loose

The metal construction forming technology can effectively avoid the adverse effects caused by the “size effect”. It uses a small base material that is easier to achieve homogeneous manufacturing. By continuously accumulating and adding materials to the small base material, and we will get homogeneous large billet. 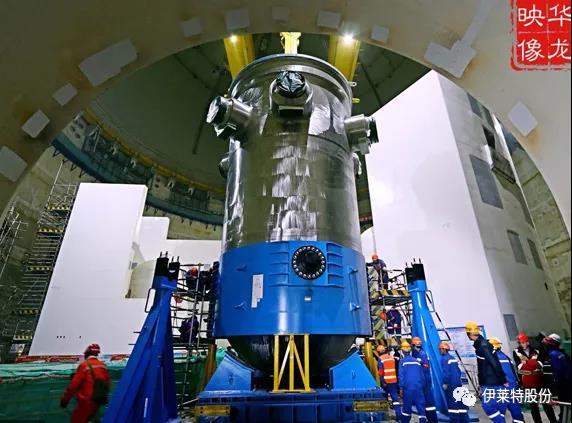 This is the supporting ring for the fourth generation nuclear power sodium-cooled demonstration reactor in China whose diameter is 15.6 meters, and the used technology is "metal construction + integral rolling". Especially there is no weld on the circumference of nearly 50 meters.

A total of 3 pieces of this 15.6-meter diameter forging ring were successfully manufactured (including 1 test piece), of which the heaviest one weighed 220 tons, 58 small slabs were used, divided into 4 groups and 7 times constucted. If traditional pouring steel ingots are used, the base material usually needs to be between 260-300 tons.

More importantly, this material is a type 316 stainless steel developed to adapt to the special environment of nuclear power. As mentioned above, the proportion of chemical elements is the "soul" of the metal. If you use traditional casting steel ingot technology, it is very difficult to meet the homogenization requirements of this type of stainless steel for special elements. 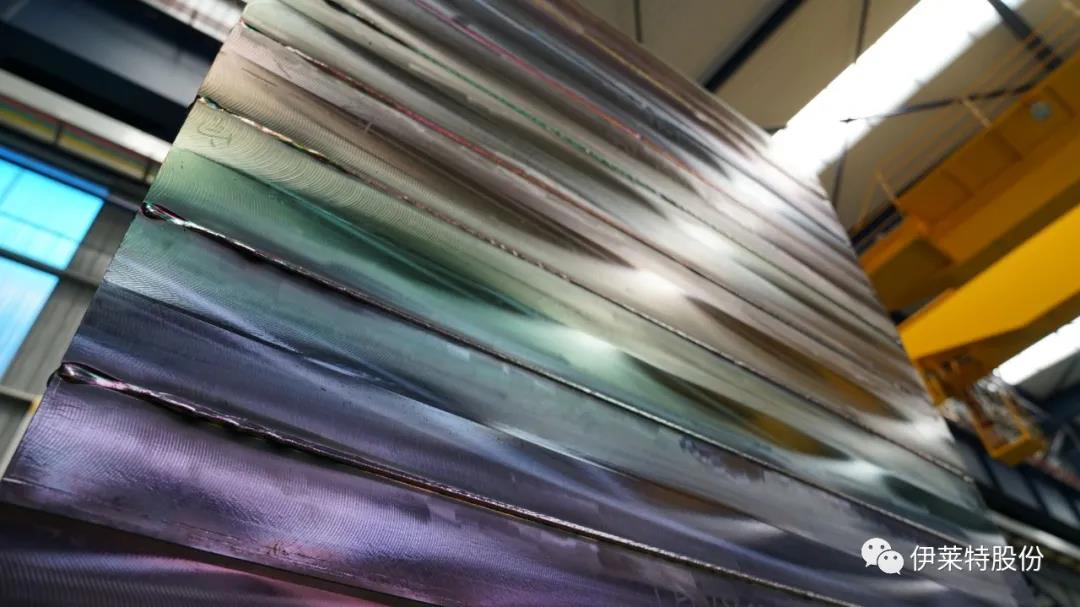 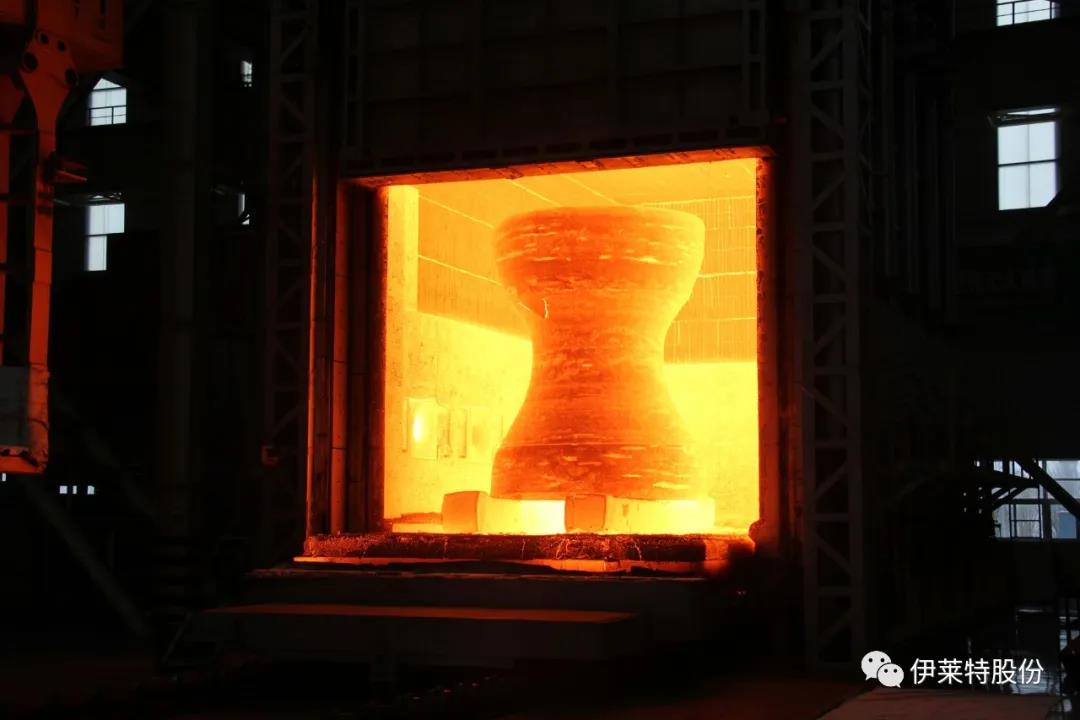 In addition to this“ big guy”, all the internal components of the reactor such as the cock and pump support used in the sodium-cooled demonstration reactor also use the base material manufactured by the metal construction forming technology. 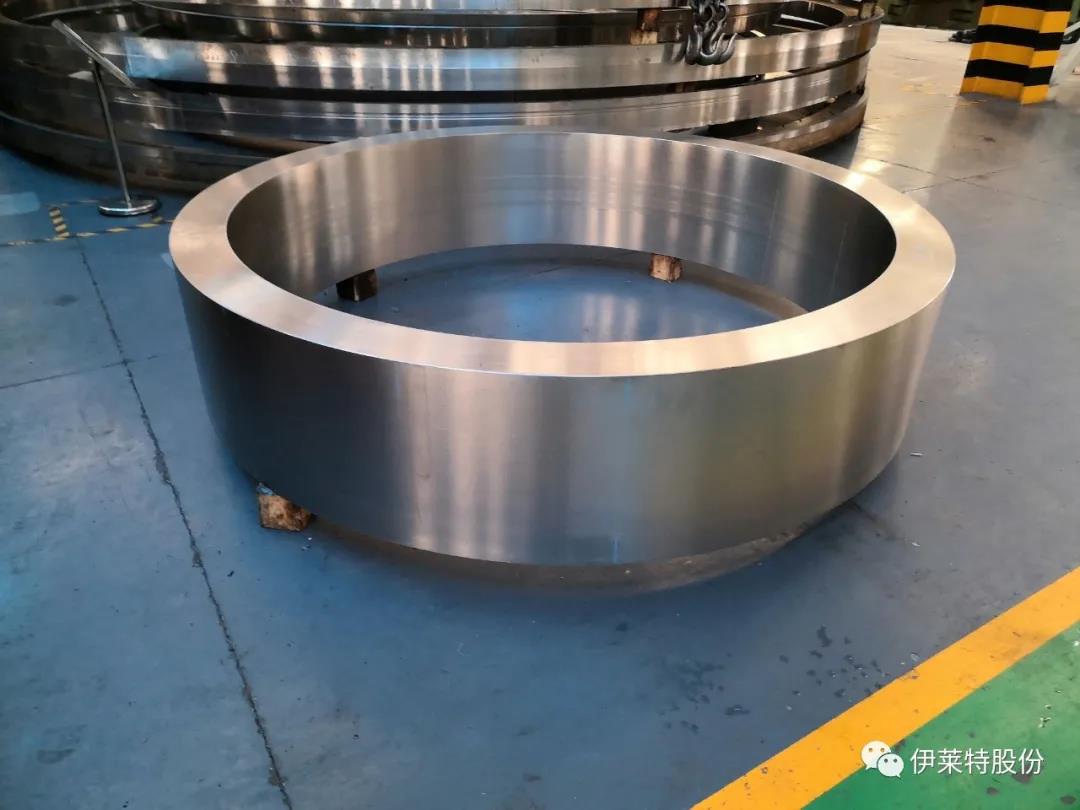 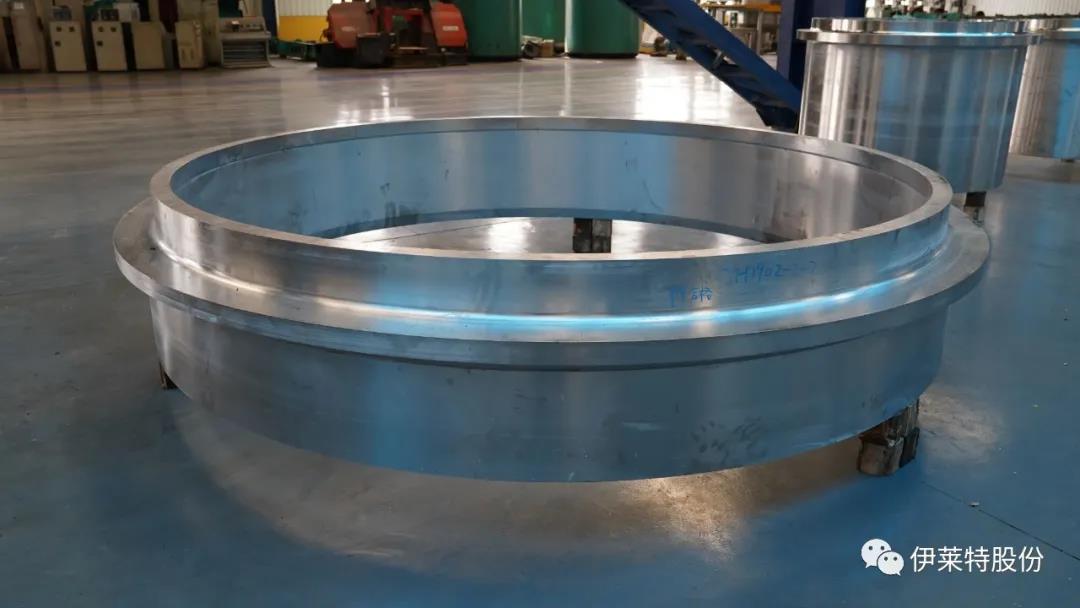 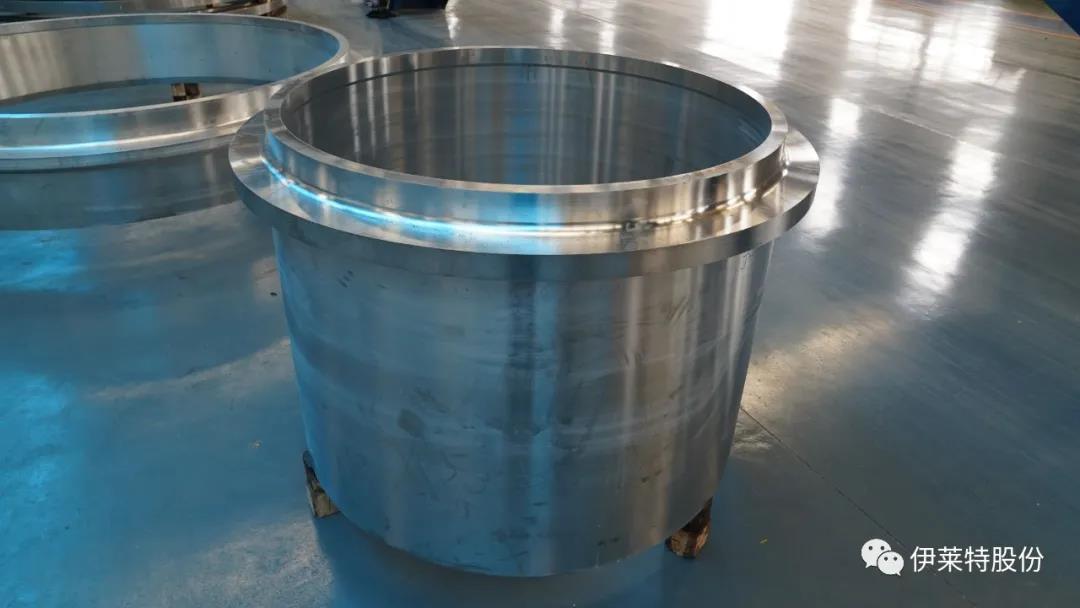 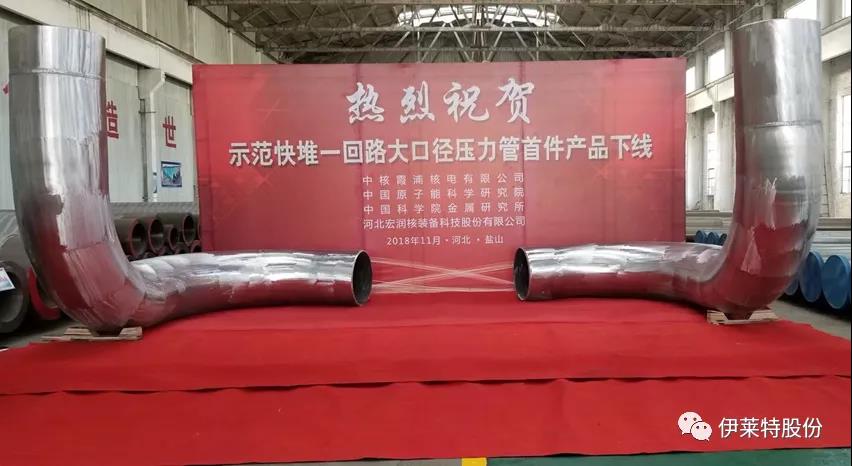 Hundred-ton heavy-duty tires used to use casting technology before. In 2019, when ThyssenKrupp purchased two 170-ton tires from China, it chose IRAETA’s radial and axial rolling process to improve the mechanical character of its tires. At that time, the base material used for the two rolling tires was the traditional casting ingot.

In 2020, ThyssenKrupp learned that it can further improve the homogenization of products through the metal construction billet when updating the tire. The rigorous German experts have also decided to use the "metal construction + integral rolling" process after many technical communication with us. At present, this super tire has been successfully rolled, which will also be the first time for the construction of billet forgings to enter the world stage. 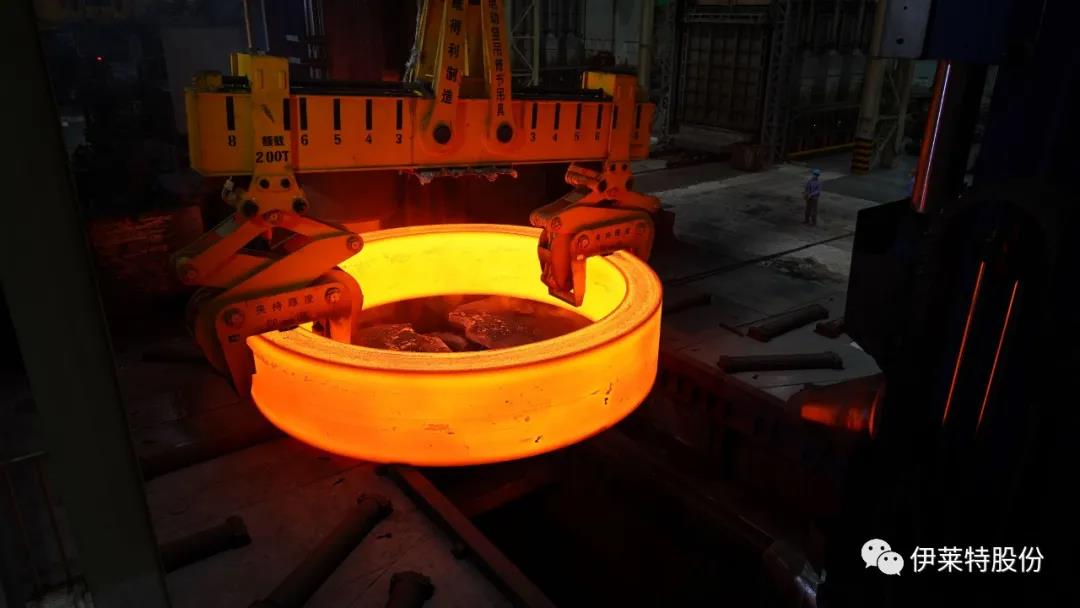 In addition to the above items, construction blanks of materials such as SA508-3, 316 stainless steel, 12Cr2Mo1V, 925A, S03, 28Mn6, 42CrMo, S34MnV, and 20SiMn have all been successfully completed in IRAETA. The reasons for space are not introduced one by one. 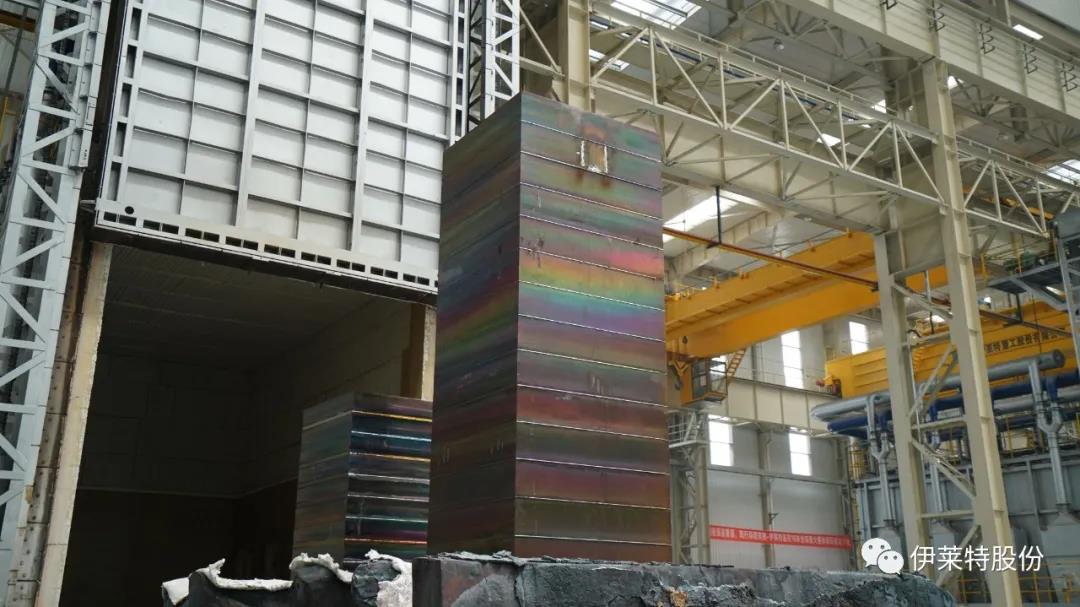 Google translate is for reference only